K-pop is pretty important in our household. It’s just kind of there, an all-singing, all-dancing background to life, full of songs that you find yourself humming on the bus (and singing (Korean) words to, despite having no idea what they mean), sung by impossibly-gorgeous, impeccably-styled humans who can blue steel like nobody’s business. 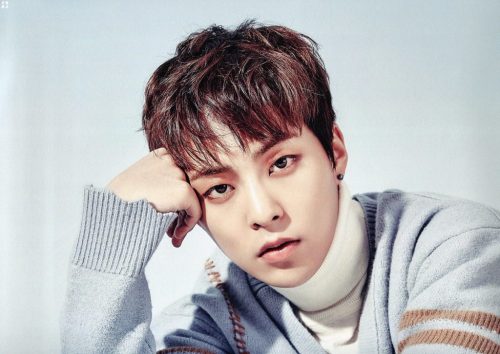 This one’s for you, Eva

K-pop makes me feel like a kind of daily grinch, here to spoil everyone’s fun. When I arrive home from work (or from anywhere really) K-pop is always playing, someone is generally pulling out a dance move or two, and there is likely a spirited discussion happening about which card came in which album, the plan of action for the next concert, who has a new clothing line, whose birthday it is, who is away on military service, and who has edged their way up to sixth favourite on someone’s list. Until I come and ruin it for everyone, with my demands for regular television and occasional silence.

So, with today miraculously unplanned, Mary took the reigns and directed us down to SMTown, which is the term given to the recording stars who are managed by the artist management group, SM Entertainment. No grinch this time, I was happy to be led.

This place is next level.

Remember the posters you had on your wall as a kid? That movie star you loved (Andy Ridgeley from Wham and Matt Dillon, in case you’re wondering)? You didn’t love them like this. This love began at the station before we even arrived, where fans had left post-it messages on the billboards that lined the walls of the tunnels. 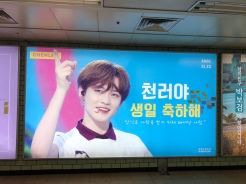 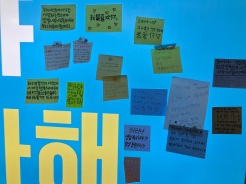 It continued outside SMTown, where this group of girls (there when we arrived, there when we departed) did whatever it was that they were doing in front of these cameras. 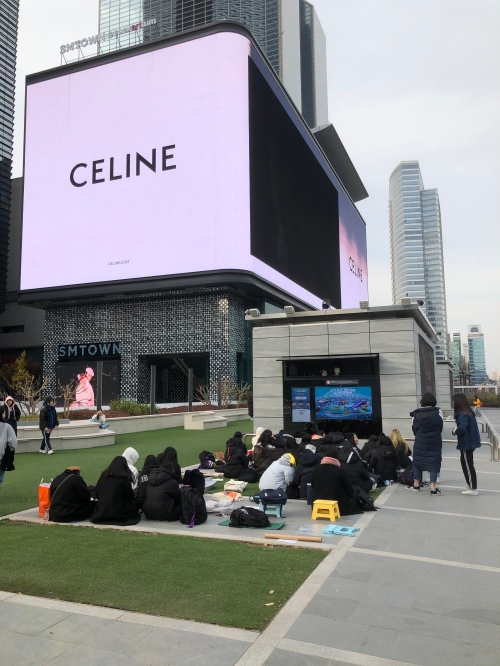 And it hit full force on every level of this extraordinary building. 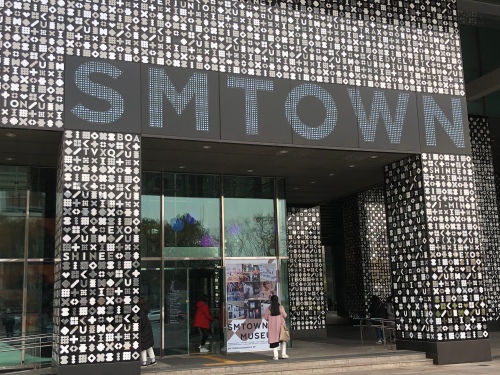 The Gift Shop, where they must make about a million dollars a minute: 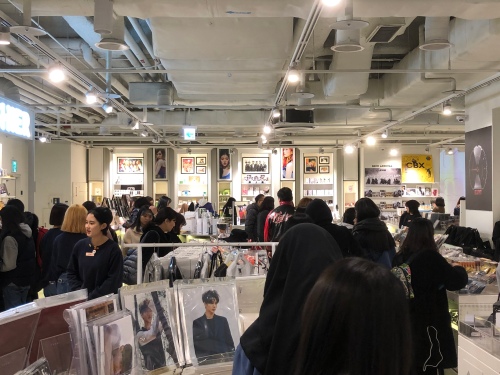 The cafe, where you can get a cupcake wearing the hat of your fave, although good luck getting a seat, because these girls have set up shop for the day, covering tables with handwritten letters and drawings, and an array of swappable cards: 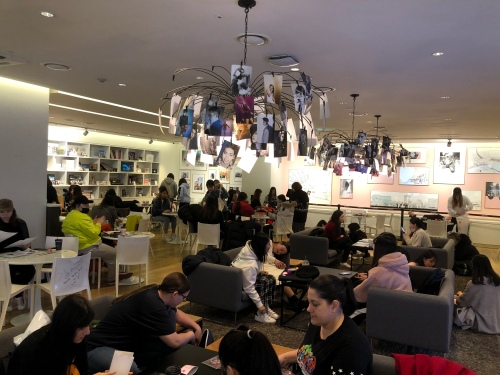 And the museum, where you can see album covers, timelines, footage from concerts and award ceremonies, giant images, outfits, backstage song lists, replica dance and recording studios and, the icing on the cake, where you can get your photo taken with your favourite group, through the wonder of modern technology (they even encourage you and give you a thumbs up as you’re positioning yourself amongst them): 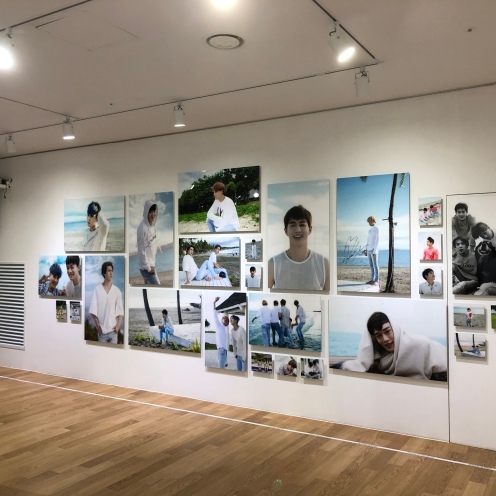 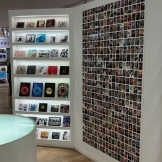 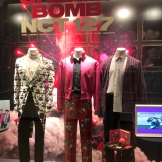 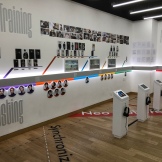 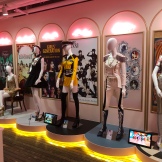 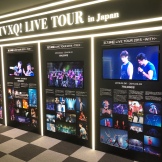 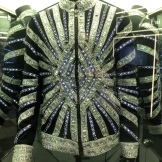 I enjoyed every minute of Mary enjoying every minute of it. And I purchased myself a special treat – namely, TVXQ-themed fish snacks. We’re seeing their concert in Japan, so it was an obvious choice really. 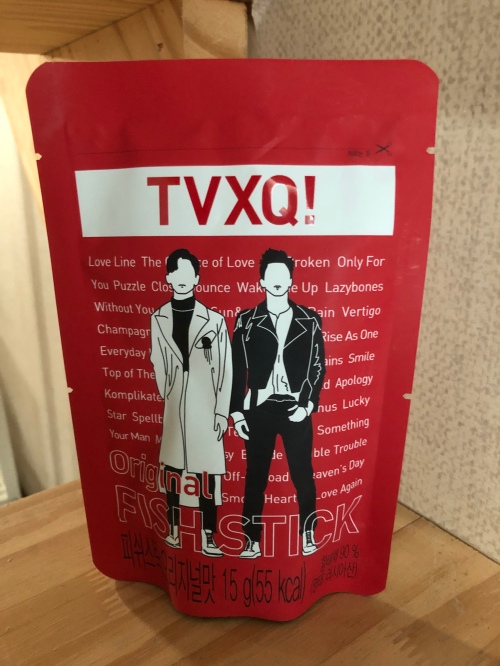 At the final stop, I was able to confirm what I had only suspected until now. That I am a giant in this land of neat, delicate people, whose hands swamp even the tallest amongst them. Thank goodness I brought a warm enough jacket with me. If I hadn’t, I may have had to sew scarves together to fashion myself a shroud. 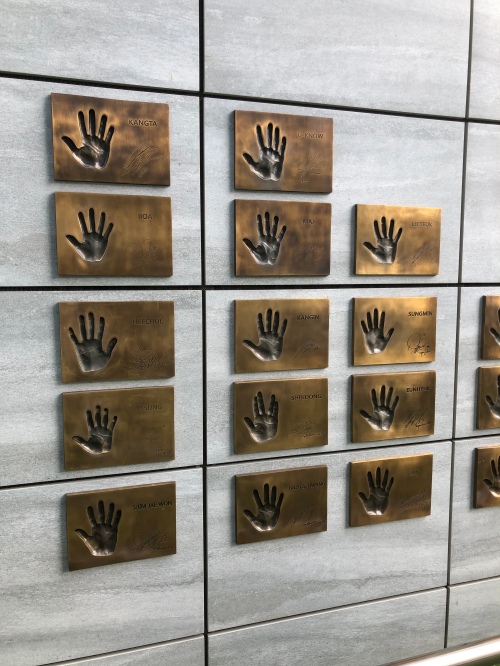