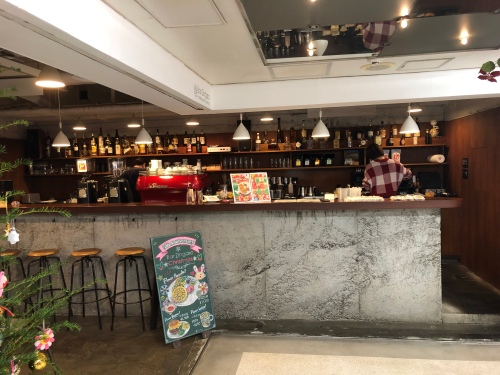 When Airbnb cancelled our accommodation (for the second time) in Shinjuku, a week before we were due to arrive in Tokyo, we took a place in Nakano at the eleventh hour. And I’m not sure if we ended up loving the suburb because it became familiar, or because it was great anyway and we got lucky, but I like to think it was the latter.

Nakano is one train stop from Shinjuku (provided you get on the rapid train – lessons learned), and, because it is home to otaku culture, its signature shopping centre, Broadway, is a veritable treasure trove of anime and manga stores. 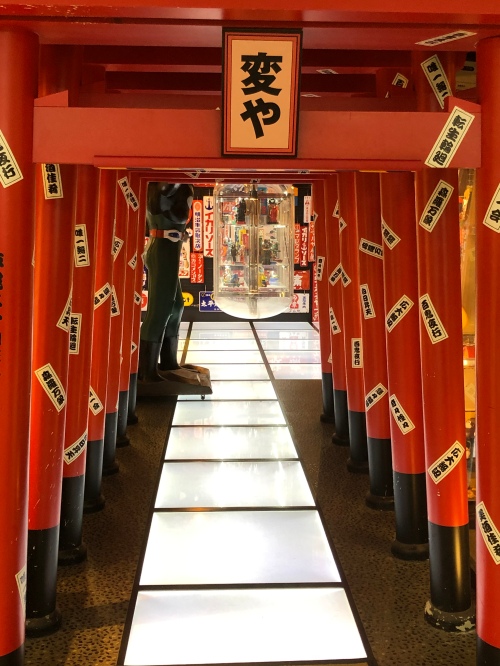 Bar Zingaro, which caught Mary’s attention due to her affection for contemporary Japanese artist, Takashi Murukami, is tucked amongst those stores on the third floor of Nakano Broadway. We spotted the shelf of Murukami classics as soon as we rounded the corner. 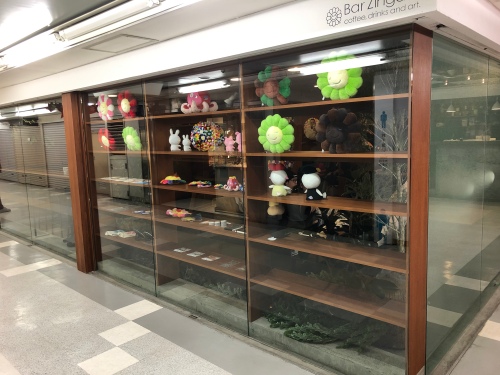 Inside, Bar Zingaro was bright and cheerful, with a lot of quirky little features; towers of sake boxes, couches, giant cuddly toys, and the best Santa I have ever seen. 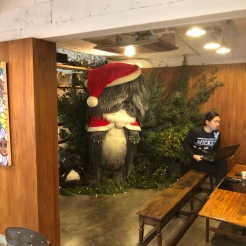 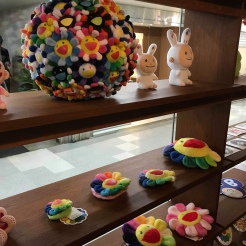 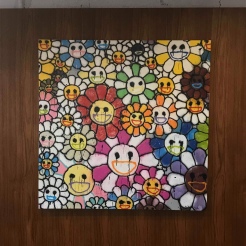 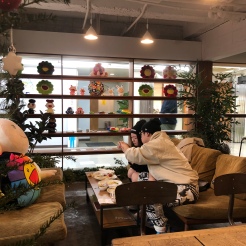 Despite it being morning, we decided to go the whole Murukami-flower hog, with flower burgers, a flower coffee (for me), and an espresso in a flower cup. Nothing was especially outstanding, but it didn’t really matter. Ain’t they cute? 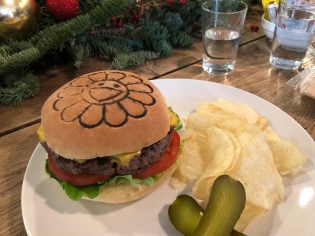 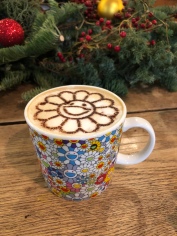 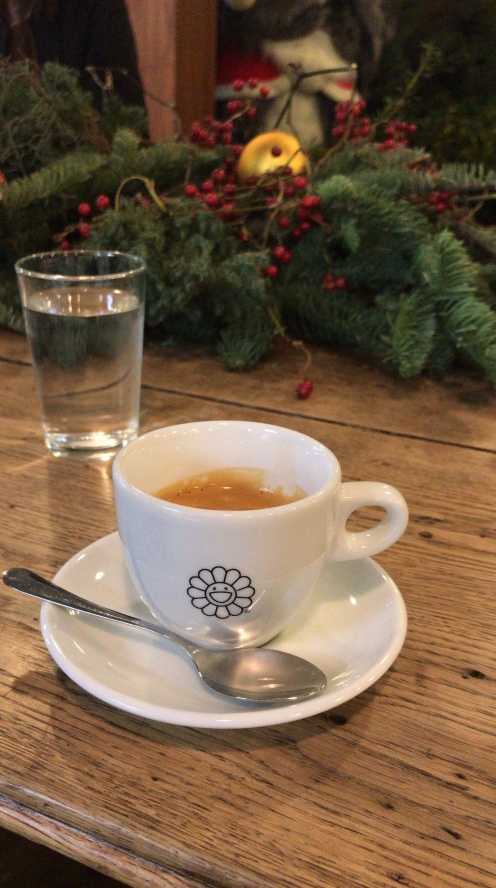 Later, we discovered that Bar Zingaro has a Murukami merchandise store on the next level, so we went up to take a look, only to find it closed. Instagram told us that it had been so popular since its grand opening (no more than a week earlier), they had completely sold out of stock.

I guess everyone wants a piece of that colourful, happy flower. 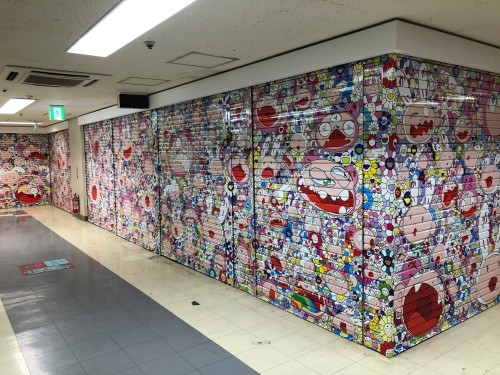