Confession: Mary and I drink quite a lot of coffee. Sometimes, it can be difficult to differentiate between the ‘Coffee Tour’ cafes, and the also-rans.

Washing day in Kyoto is responsible for the numbers today, because we more or less did a cafe during each cycle. And because we skated so lightly over the top of them, and pretty much chose them at random, I am declaring this ‘a mostly-pictorial exploration of Kyoto cafes, from the elegant to the aloof’.

An easy winner. I mean, look at this.

At first, I thought Cafe Kawataro was a little spartan for me, as it had definite shades of our ryokan, with the room being remarkable for containing nothing extraneous, however, the resulting sense of soothing calm soon won me over. 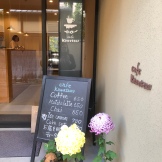 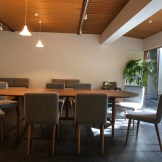 The senior woman who served us was very attentive. She waited quietly off to the side for us to be ready to order (I had no idea…I only noticed her doing it for the next customers, when Mary confirmed that it had been so), and seemed very pleased to be able to bring us our coffees and matcha chiffon cake. 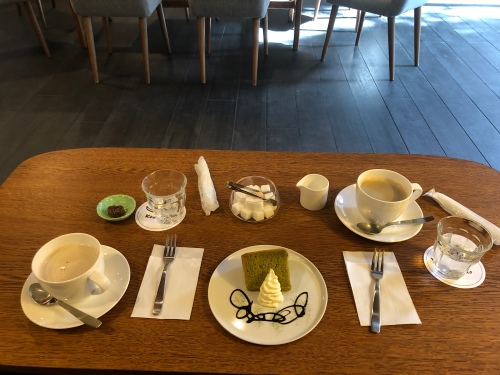 Tea x Coffee: Made in Kyoto was positioned on a fairly busy corner:

Their greatest feature was their front window, where it was possible to watch the passers-by while charging our phones and tapping into their wifi. We enjoyed watching the young policeman in his too-big jacket, the snappy dressers on bikes, and dog-love taken to a whole new level. 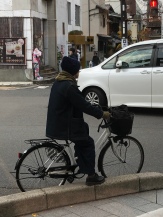 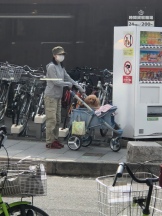 My coffee was good, in its bowl-like mug, as were the trays, the added ‘sweet’, the very-anxious explanation that our first coffee choice was unexpectedly off the menu, and the fixed-in-place stools. 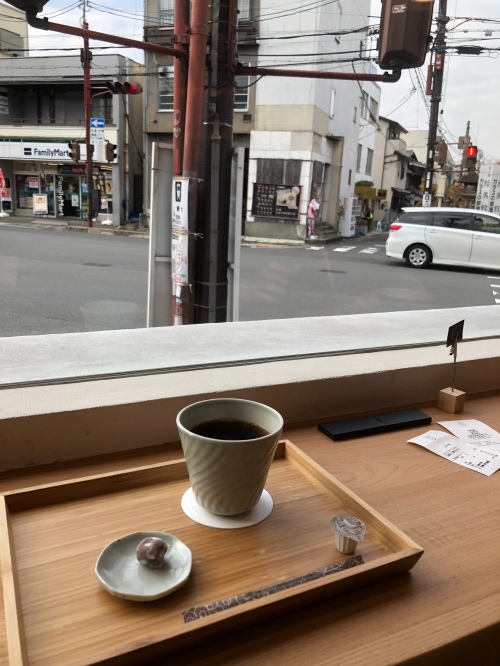 Vermillion should have taken the ‘Coffee Tour’ handle for the day (and would have, if there hadn’t been so many others worth a mention), based purely on their commitment to coffee. 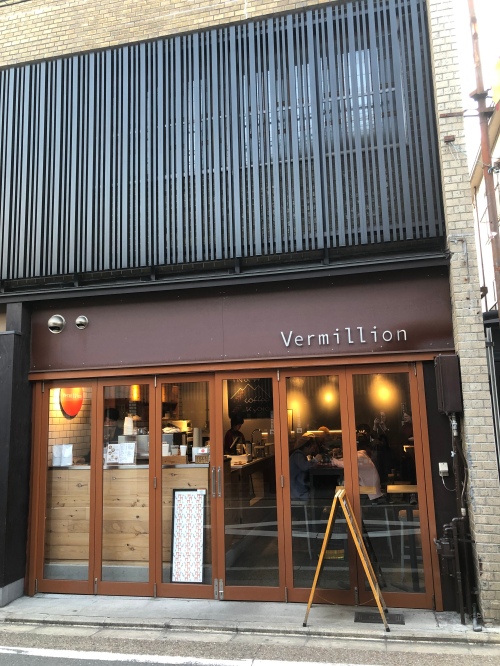 You can always tell the serious ones. They are linked by La Marzoccas, cool-looking baristas, and attention to style that doesn’t wander into kitsch territory. That said, Vermillion had a touch of unexpected Aussie kitsch in the shape of a mini kangaroo and koala, as a nod to those travelling coffee-appreciators who had ventured before us. 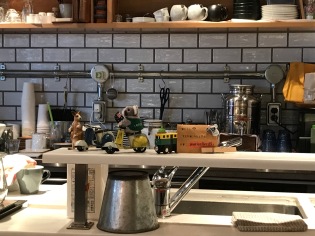 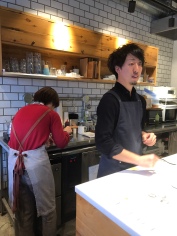 The coffee was, predictably, very good. 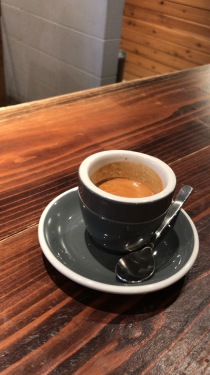 Least welcoming is perhaps a little unfair, given how lovely the owner of Neko Cafe Time was. The main attractions, however, were exceptionally aloof. 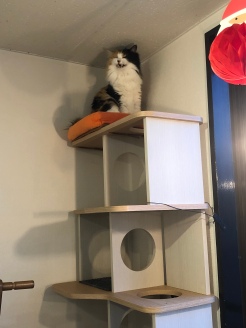 We parked ourselves beside ‘grumpy cat’, Momo, and held out for her emergence from this cosy spot. It was a poor decision. This cat wasn’t going anywhere.

Upon entering, every visitor is given a clipboard with their exit time displayed on the top. When Mary and I spotted the board of a young girl who was playing with great enthusiasm with a couple of the cats, we realised she had paid to be there for two hours.

Soon, the owner (who the cats evidently adored), shook their food containers, which resulted in the sudden appearance of a bunch of characters we wouldn’t have known existed, if not for their introduction board. 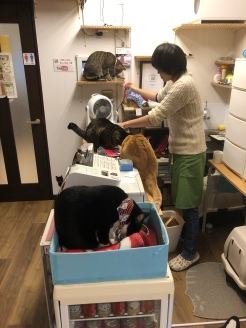 Stars of the day go to this pair. Aren’t they lovely? 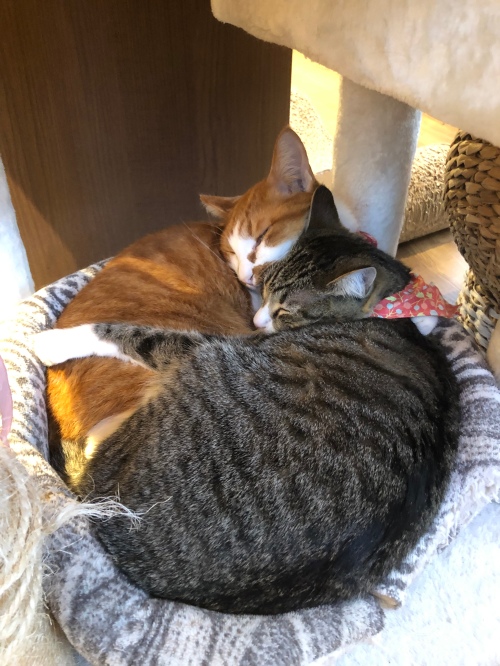