Anthracite may well be the coolest coffee shop I have ever been to. Their website quotes Hermann Hesse, the building is difficult to find and in the middle of nowhere, and when I first saw the name on the concrete and the giant padlocks on the door, I wondered if it was actually abandoned.

I failed the cool test miserably, by standing outside for far too long, wondering how to get in. Certainly long enough for them to see me out there, looking plaintively inside. To be fair, this is the entrance.

And this is our first glimpse of the hallowed land, when we had finally worked out the secret system (ok, it was just a slider, but nervousness makes these things more difficult to solve). 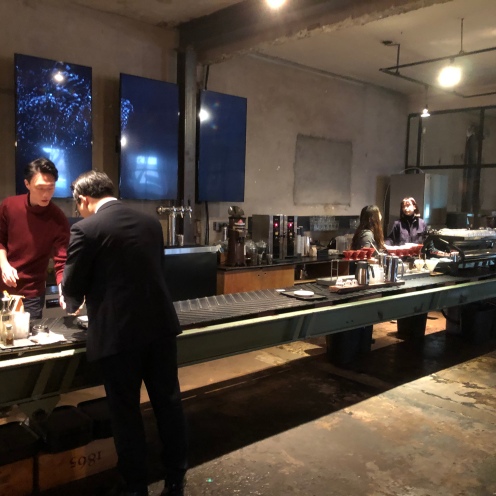 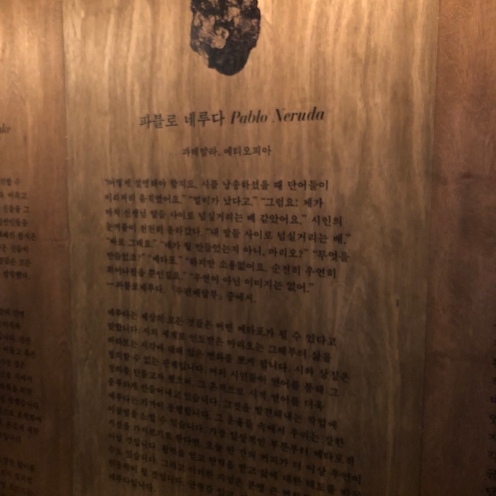 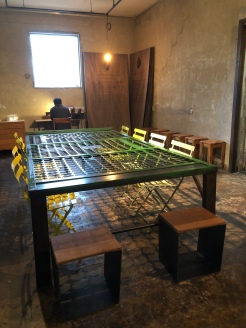 Mary deviated from her espresso due to the staggering promise of the place, and ordered something that brews and drips. I don’t particularly like the taste of coffee without some kind of milk, so I should really stay silent about my choices. Here is Mary’s, just finished dripping.

But they obviously liked me, because my coffee had a heart.

The steady stream of patrons literally did not stop, with the majority heading up a set of concrete stairs, just inside the front door. I would have loved to have seen up there, but was discouraged by thought of appearing, only to have every head turn to look at me (some things never change). The conveyor belt was incredible, as were the screens, which changed constantly. 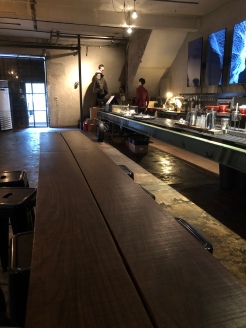 Later, when I suggested that perhaps we should try some fun coffee places (Pink Pool Cafe? Cat Cafe? Lego Cafe?), Mary responded with, ‘That’s fine, as long as you’re happy to have bad coffee. Everyone wants to whinge about hipsters, but if you want to have good coffee, that’s where to find it.’

It really was good coffee. Even with milk.