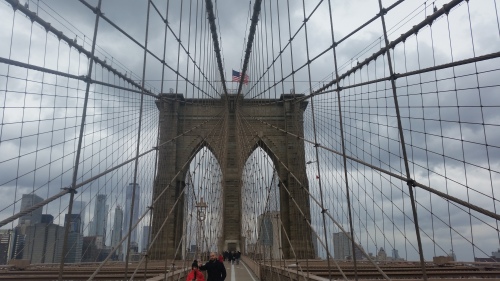 Being the second-to-last day in New York, and of our entire holiday, I wanted to do as much as possible (did my legs have a limit?). I splashed out on tickets to Dear Evan Hanson at the Music Box Theatre in the evening, and decided the day should be spent exploring.

I started with a walk over the Brooklyn Bridge. It took me a while get started. Despite following the directions to get to the bridge-walk entrance, I failed to walk up the centre of the road, and instead curved around towards the Manhattan Bridge. 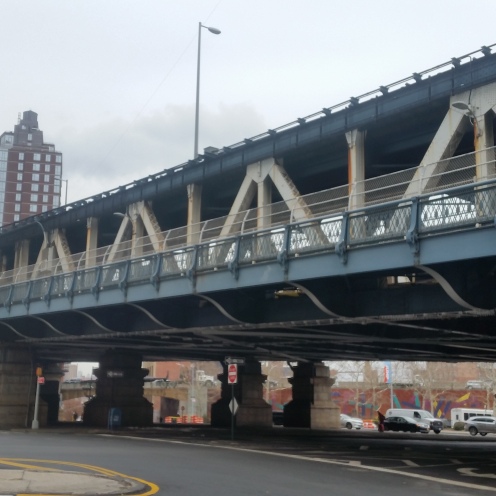 NOT the Brooklyn Bridge 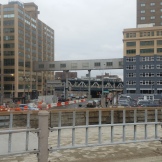 It didn’t take me long to realise why the Brooklyn Bridge is considered such an attraction. It is simply beautiful, and is almost begging to be photographed symmetrically. Although, standing in the centre of the path is a risky business, given the penchant of bike riders for running down anyone/thing that stands in their way.

The view of the Manhattan skyline is wonderful.

Someone had a sense of humour when it came to discouraging people from attaching padlocks to the metalwork. 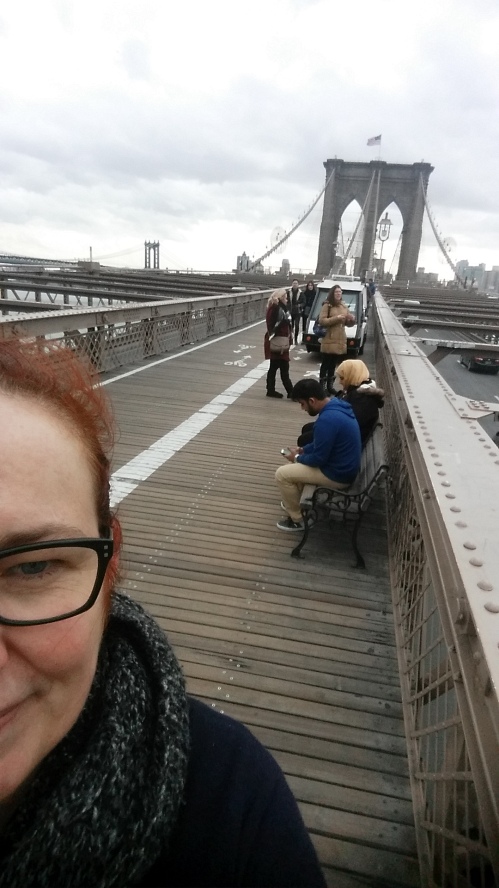 New York has a staggering number of imposing buildings. So much so, that it can almost become a bit much to comprehend. The Manhattan Municipal Building (the first image below, photographed from behind on the Manhattan side of the Brooklyn Bridge), has a statue on top, Civic Fame, which is made from around 500 pieces of hammered copper. It was commissioned to celebrate the uniting of the five boroughs to become the city of New York, and installed in 1913.

I later realised I had walked around and was passing the front of the building, but it was too enormous to capture effectively. It has the Christmas wreath on the front, and you can see it soaring up in the image that follows. After seeing it, followed by the Supreme Court, and several other buildings that looked like they belonged in Batman film sets, I was almost glad to get back to the run-of-the-mill extra large buildings. 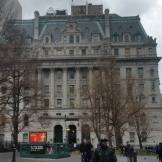 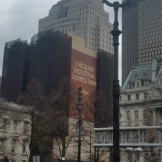 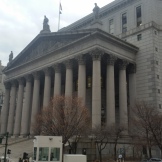 I finally arrived at my sightseeing destination – Chinatown. I knew I had arrived when I came across this park, where groups of Chinese men were playing games at each of the tables. 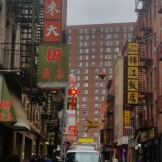 Some months ago, I listened to an episode of This American Life that I particularly enjoyed, about Mona, a dispatcher at a car service in Chinatown, who knows the given and invented names for every street in the area, in several different languages. Listening to it gave me one of those rare moments of true reflection, where I thought about the sheer variety of the lives we live. It is a particularly touching and interesting episode – if you would like to read the transcript (or listen to it – which is likely better), it’s called A Road By Any Other Name.

Anyway, I wanted to walk down “Dead Person Street”, and “Garbage Street”, and “Jewish Street”. Don’t ask me why, but I was happy to have done it. These images were taken on Dead Person Street…I went inside this store, thinking that the items in the windows were flat-packed houses for children to build and play with. She looked very surprised to see me, and told me they were, in fact, funeral supplies. I have NO idea what purpose they could possibly serve. 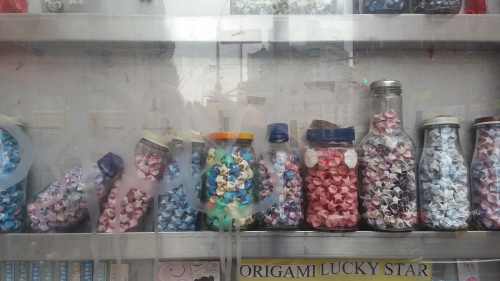 I hadn’t eaten breakfast, so it took some willpower to avoid succumbing to a Chinatown lunch. I needed all the hunger I could muster, however, because I was finally heading to much-anticipated New York institution, Katz’s Delicatessen.

I had done a lot of research on Katz’s. It made me a little nervous. Stories abound about the penalties imposed for lost tickets, and the disdain reserved for those who order poorly. I watched how to order like a regular, and read The 12 Rules for Not Getting in Trouble at Katz’s Deli, by owner, Jake Dell, so I was as ready as I would ever be.

What an extraordinary place! To begin with, it is very, very busy. I took the photos below after I had ordered my food, because I knew they were impatient with those who weren’t decisive and efficient. Each one of the numbered stations has a cutter. “Just choose the cutest,” advised the ticket man at the door, when I asked if they were cutting different things, “they all cut everything.”

My pastrami guy was a champ. He gave me a wink and a few slices of different things to taste, as he proceeded to assemble the largest pastrami and rye (half) sandwich and matzo ball (in soup) that I have ever seen. I over-tipped him (each cutter has a plastic cup stuffed full of tips), and approached step number two: finding a seat.

Now, where I felt quite awkward at Russ & Daughters, I realised it would be difficult to feel the same at Katz’s Deli. You have to share tables here, and it seems there is a camaraderie between those who are about to consume a pastrami and rye. “How about this?”, their expressions seem to say, “I’m going in!”.

So you understand why, have a closer look at my pastrami on rye, with mustard. It is one of the best things I have ever eaten. Until that moment, I devoted a part of every day imagining that I was biting into a piece of fried chicken from Willie Mae’s Scotch House, in New Orleans. I wonder how long it will be until I stop closing my eyes and imagining I am eating this pastrami on rye… 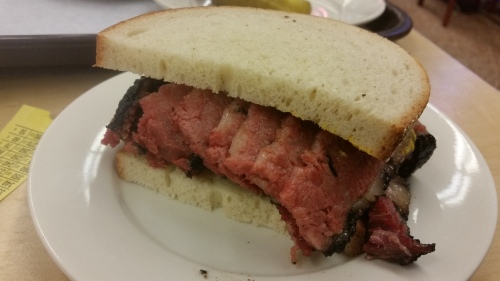