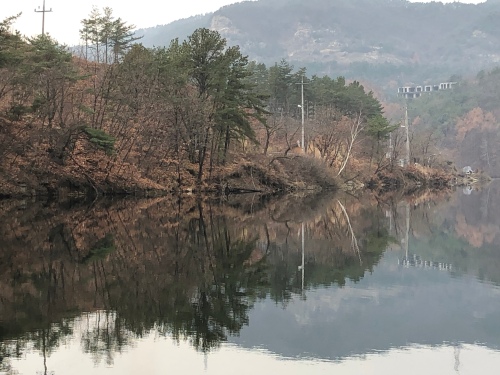 The sun slowly disappeared as the bus kept hurtling north, 30km from where we were supposed to have alighted. Then the public transport app switched from delivering us hours later (but at least that night) to delivering us the following morning. And Mary and I pretty much looked at each other and said, ‘we’re f*ucked’.

‘That was character-building’, I would say to her later, as we ate our boiled eggs, sans salt. I don’t think she appreciated it.

And that was the conclusion of the day that I wanted to name, ‘The Day We Touched Things That G-Dragon Had Touched’, but ended up having to name, ‘We’re F*cked’, aka ‘The Best Laid Plans’.

Let’s start at the beginning.

This is G-Dragon; singer, songwriter, rapper, artist, face of Chanel, recipient of Forbes most-influential-under-30 award, GQ Korea man of the year…and favourite of Mary, which is undoubtedly the most important position of them all. 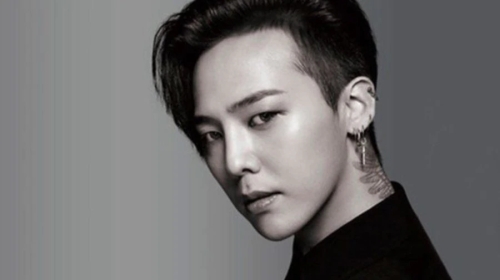 The main event for Tuesday was to make our way to La Dolce Bita (Koreans don’t use ‘v’), near Pocheon, the pension (guesthouse?) that G-Dragon bought for his family, so fans can visit and be surrounded by G-Dragon memorabilia. We were booked to stay in the VIP suite.

But, here’s the thing; Dolce Bita may be priced like a luxury spa, but it isn’t a hotel as such. It doesn’t serve meals, and it isn’t within walking distance of any shops, and there isn’t really anything to do there, except, I guess, touch things that G-Dragon may have also touched. And because G-Dragon’s dad is generally the one to pick you up from the nearby bus station (I know, right?), he gets to say when to come, which was a short ’12pm or 17pm’ when he returned my message at 11am that morning.

This left us much of the day to:

That last point is pretty important to this story, as is the inability of Google maps to show you any distance on a map of South Korea, if it can’t be covered with public transport.

‘Ildong?’, I asked the driver as he stopped for passengers to alight, unable to work out where we were.

He held one finger up.

‘Ildong?’, I asked the driver, at the next stop.

He held two fingers up, indicating he was using the lesser-known how-many-stops-have-passed-since-yours system of notification.

And that’s how we found ourselves hurtling towards the north, into a rapidly-changing rural landscape, well after 5pm, with the sun setting. And we stayed on that damned bus long after we knew there was a problem, simply because we didn’t know what else to do

Eventually, when we had ascertained that the bus was most certainly not going to take us around a loop, we had to get off (at Seo-Myeon, if you care to look – we were practically in North Korea), where we weighed up our options. They were, as far as I could see; stay in a motel, hitchhike, catch a taxi, beg G-Dragon’s father to pick us up, hire a car, or ask a passer-by for help, with every one made far less feasible by that pesky language problem.

I won’t drag it out. A taxi eventually drove past us, and we waved it down like the victims of rampaging serial killers do in the movies. Shivering with cold and relief, we finally made it to Ildong, where Mary took it as a good sign that iKON was playing as we arrived. It appears the gods of Kpop were looking out for us all along:

There, we bought Yellow Tail Shiraz and toasted sandwiches (this was not the time for local cuisine), and made own way to the pension, where we had a spa, snacked on boiled eggs, watched Harry Potter, and looked away any time one of us went to the toilet behind its see-through door: 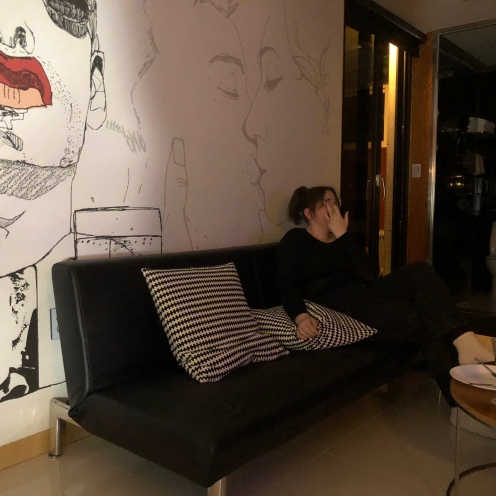 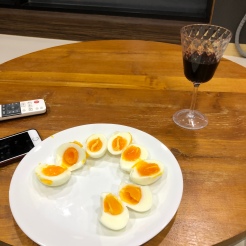 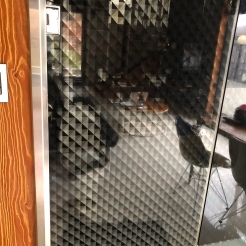 This was our view the next morning, and the staircase that led from our suite: 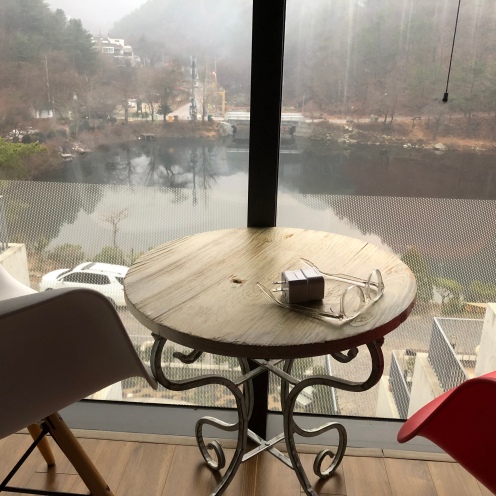 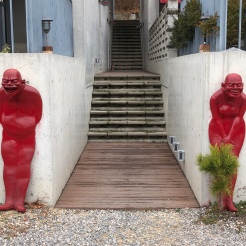 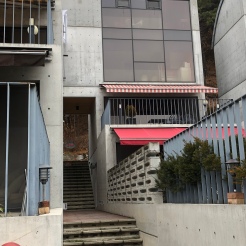 …to the cafe, where we fried our own eggs, drank cold coffee, and listened to G-Dragon. It felt like home.

After breakfast, we went for a walk along the banks of the lake, which boasted some of the clearest water I have ever seen, and met G-Dragon’s dog: 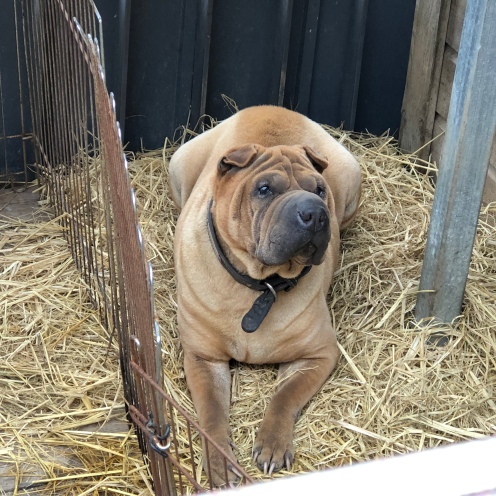 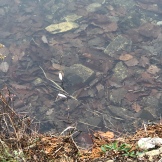 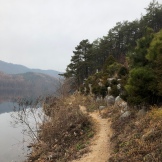 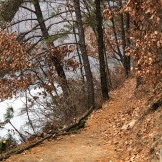 So, Pocheon definitely didn’t go according to plan. But, of all the days of our trip, I know this will be the one we will remember, years from now.

And we may not have been invited to dinner with G-Dragon, but his father told us to take our shoes off when he let us into our suite, and I think his uncle drove us to the station and bought our bus tickets home.